What is Climate Justice?

“Climate justice” is a term, and more than that a movement, that acknowledges climate change can have differing social, economic, public health, and other adverse impacts on underprivileged populations. (SOURCE: Yale Climate Connections) 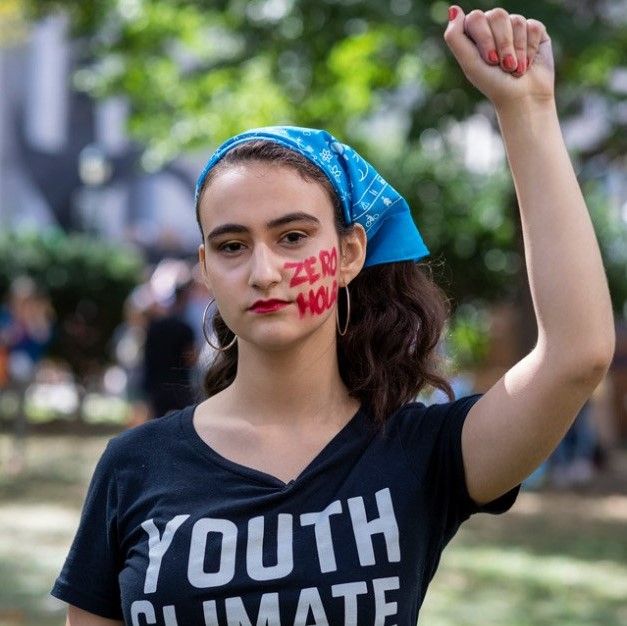 Jamie Sarai Margolin is a 19-year-old Jewish Colombian-American organizer, activist, author, public speaker, and filmmaker. She is co-founder of the international youth climate justice movement called Zero Hour that led the official "Youth Climate Marches" in Washington, DC and 25+ cities around the world during the summer of 2018. Zero Hour has over 200+ chapters worldwide and has been a leading organization in the climate movement.

Jamie is the author of a book called "Youth To Power: Your Voice and How To Use It,” (www.youthtopowerbook.com) which has been translated into many languages and sold all over the world. The book serves as a guide to organizing and activism and is a recipient of the gold medal Nautilus Book Award for YA nonfiction.

Why Jamie Created This Scholarship

For the Climate Justice Scholarship, $1,000 will be awarded to one lucky applicant at the end of the application period.

The deadline to apply for the Climate Justice Scholarship is April 15, 2022 at 11:59pm EST. Applications received after the deadline will not be considered.

The Climate Justice Scholarship is open to high school and college students of all years. Students must be enrolled in one of the following:

Undocumented students are eligible and encouraged to apply.

For the Climate Justice Scholarship, applicants must fill out the application form, read one of the articles listed below and reply to the two featured questions in an essay of 500 words or less.

Article 1: Why Climate Change is a Racial Justice Issue

Article 2: Excerpt from "This Changes Everything: Capitalism vs the Climate" by Naomi Klein

Please upload your response in the application form below!

don't miss your chance to apply!